Hundreds band together in protest of new damming plans

BBC reports on the importance of the AMBER project in Wales

Stand in Solidarity with Migratory Fishes

Activists, NGO’s, experts, fisherman and other river lovers cry out loud to save Europe’s rivers

September 27th through 29th, Sarajevo became the centre for European river conservationists bringing together river lovers and initiatives from all over Europe to exchange experience and develop ideas to restore European rivers. Around 250 people from over 30 countries discussed how to stop the deterioration of Europe’s rivers (Program), how to protect the last free-flowing river jewels in the long run and how to restore those already degraded. AMBER was also there, and Ruedi Boesigner (WWF) presented the main project’s outputs and how these will help in a more effective river restoration. The First European Rivers Summit was carried out by Riverwatch (Austria) and the Center for Environment (Bosnia and Herzegovina) and organized within the framework of a newly formed alliance of several European NGOs with the purpose to save Europe’s rivers and stop the dams. These organisations include Riverwatch, EuroNatur, WWF Adria, Wetlands International and Rios livres (GEOTA) from Portugal. The big finish of the Summit was the Concert for Balkan Rivers in the Sarajevo city centre, organized within the campaign Save the Blue Heart of Europe. 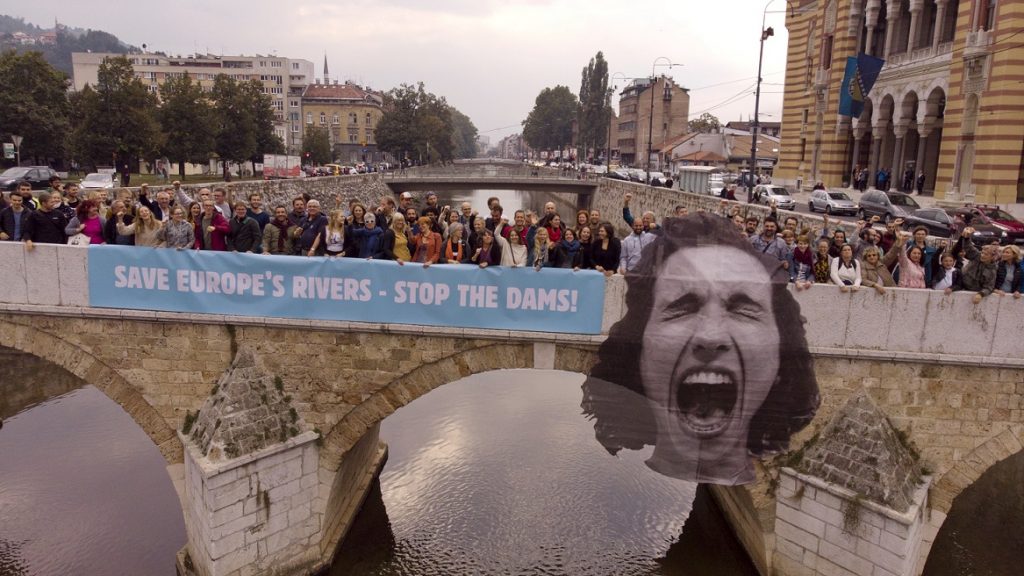