When protecting rivers, there is strength in numbers

Workshop: The Challenge of restoring river continuity: lessons learned and advances made in the EU context (AMBER Project) 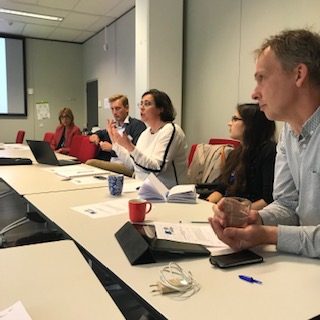 ‘We want healthy rivers, so they have to flow’

said Carlos Garcia de Leaniz, when he kicked off AMBERs first policy meeting in Brussels. A delegation of the AMBER project met policymakers from the European Commission and representatives of the hydropower industry. ‘Most EU rivers have failed to meet good ecological status in part due to loss of habitat and fragmentation. But we do not know the extent of fragmentation! That is why AMBER is creating Europe’s first map of barriers in European rivers.’ Current maps only show the large barriers, but studies show that many small scale barriers can have more impact than large scale barriers on species and sediments. The AMBER project takes smaller barriers like culverts and weirs into account as well, creating a dataset of at 450,000 registered barriers. Field validations show that the number of barriers in reality, however, will be a lot higher, estimated to be more than 600,000. In November, the AMBER project expects to have a proper map available which shows the level of river fragmentation throughout Europe.

The delegates of the European Commission were glad to see that the European map of barriers is developing in the right direction. They wonder what will be next if the map is finally there. How can we accelerate the process of removing obsolete dams in Europe? Can it be used for an action plan improving river continuity before 2027? Members of the AMBER team do not doubt that findings and tools that are being developed by AMBER will be useful in that respect.

Representatives of the hydropower sector felt that the discussion that followed the map was a lot about removing barriers. They stressed that the sector invests a lot to mitigate impacts of barriers and they are eager to continue the dialogue. Also, removing old and obsolete barriers can be of interest to the hydropower sector too. It was agreed to share results and findings of the AMBER project during conferences and other related meetings. This would also be good for other relevant stakeholders, like the agricultural and transport sectors.

A more detailed overview of the recommendations that have been discussed will be reported in an AMBER policy briefing, to be published within the next three months. 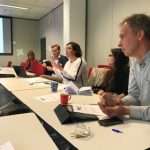 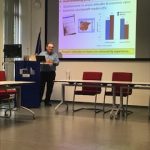 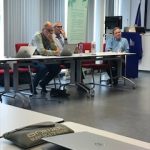 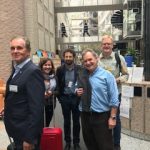