A number of river restoration projects have been supported by the The Environment Agency and Natural England, in line with their objectives to continue improving the condition of Site of Special Scientific Interest, advance with the Water Framework Directive classification, and to reduce risk of flooding. The Eden Rivers Trust removed Carleton weir as part of a 6 year restoration strategy, with support from EA and NE and the wider Cumbria River Restoration Strategy. Modelling for Low Mill was also done for ERT by consultants JBA and AECOM.

Our objective is to remove the weir to restore natural river processes and sediment movement and open up fish passage for all native Eden fish species. Due to its location within the community of Eamont Bridge, aesthetics, amenity and flood risk are of high importance and achieving multiple benefits for people and wildlife are key to the success of this project. Depending upon the outcome of these feasibility studies, there may be flood risk benefits from weir removal at this location, especially when combined with other potential river restoration projects up and down stream. Low Mill weir itself dates back from at least the mid 1800’s although whether it is still largely original is unknown. ERT have compiled some information on the history of the settlement of Eamont Bridge and the bridge itself. The current Eamont Bridge immediately upstream of the weir is a grade 1 listed building and a Scheduled Ancient Monument. Eamont Bridge village floods and the bridge and weir have been modelled by the EA and shown to increase flood risk. 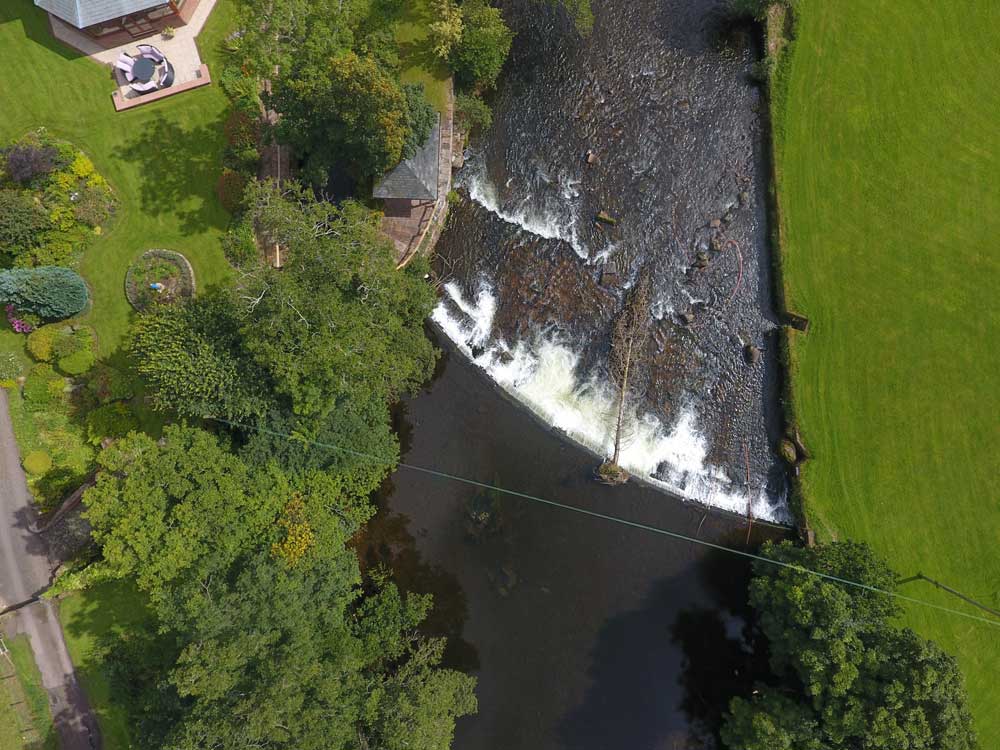 An areal view of the above mentioned barriers (prior to removal) as they appeared during storm Desmond (December 2015). In particular this case study offers a good socio-economic prospective due to the impounding nature of Low Mill weir, something that was demonstrated even in unprecedented high flows. I am exploring ways to possibly establishing a correlation between these type of structures and flood reduction potential. This is also an area where other Durham members did some fish population surveys last year (and also a drone survey). This is proving to be a good target areas for the socio economic analysis, and more fish surveys are therefore currently getting planned before and after removal of Low Mill weir.