On a more technical note: testing our new tool

A walk along the river basin

On a more technical note: testing our new tool

In August 2018, a team from SSIFI and ERCE travelled to Denmark and Scotland to help initialize the MesoHABSIM surveys for two case study reaches. Along with scientists from the Technical University of Denmark, National Institute of Aquatic Resources, we visited a small barrier site on the Binderup stream (Denmark). This ground water fed stream has very stable flow conditions and is well suited for salmonid spawning and rearing habitat. Still, the geomorphic settings are unlike those of alpine rivers, as the Binderup stream is deeper and has lower gradient, dominated by run and glide hydromorphology. The impounded zone is hydromorphically much more homogeneous than free-flowing sections and has poor habitat for cold water fauna. Many dams on these streams are constructed for the purpose of salmonid fish farming. With state support many of these fish farms are either switching to closed-loop technologies or are put out of commission. Hence, there is a possibility for barriers to be removed. We surveyed an impoundment and a short free flowing section between two impoundments. Surprisingly, during the survey of depth and velocities someone did us a “favor” and dumped a truck load of apples upstream, which neatly demonstrated hydraulic diversity of the surveyed sections. 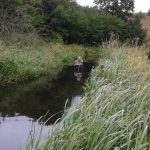 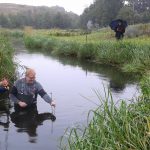 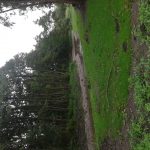 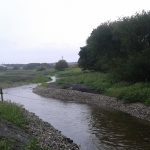 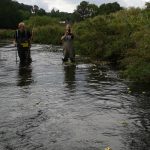 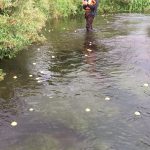 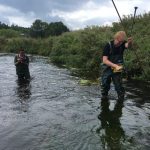 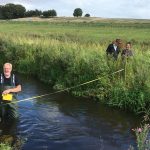 The survey of the Upper Garry River (Scotland) was very contrasting, as this highland stream, built on rocky bottom substrate is dominated by rapids and cascades. The surveyed section was located directly downstream of Loch Quoich Dam in a scarcely populated Scottish highland landscape. Phenomenon specific to this site was a very dense periphyton cover spreading like carpet over stones and boulders (very slippery to walk on). Almost an entire section of more than one kilometer in length was dominated by this phytal substrate cover, clearly indicating dam impacts. The colleagues from the University of Highlands and Islands, who were our guides and students of MesoHABSIM, confirmed our observation that despite the apparent habitat diversity, the river is practically void of fish. Two more surveys will be conducted soon to capture habitat changes with varying flows. 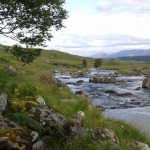 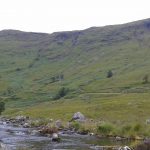 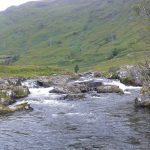 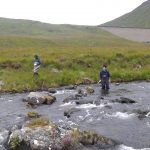 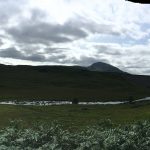 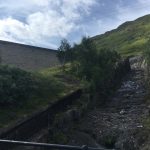 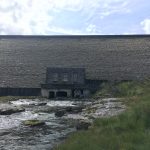 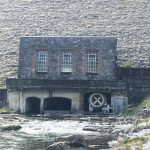 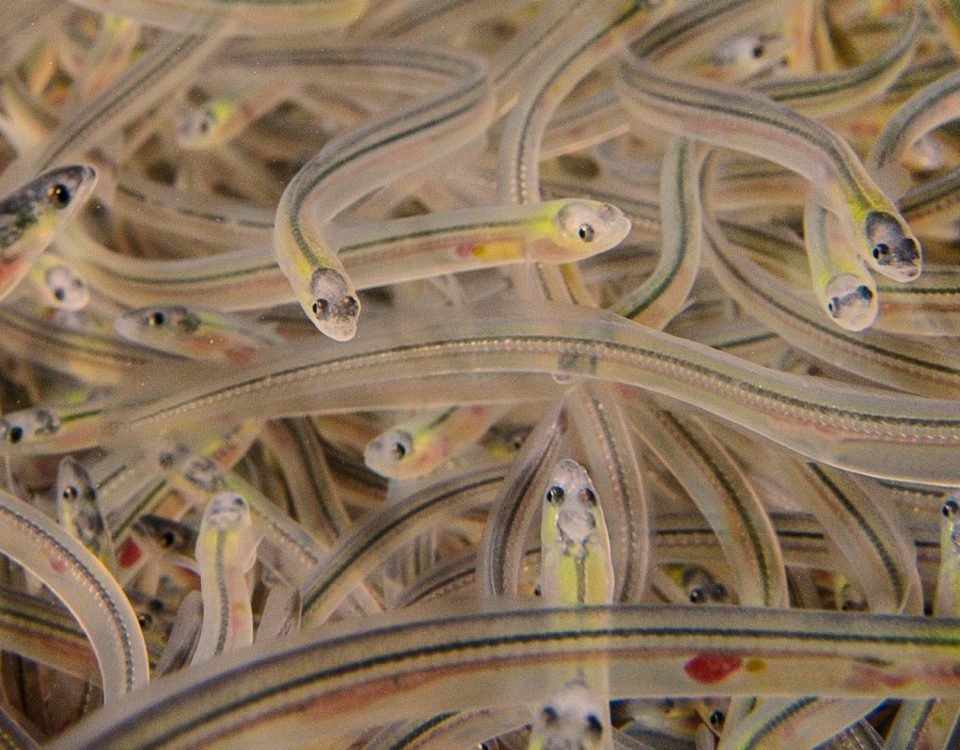